Climate change is the challenge of a generation

For quite some time, scientists have been struggling to draw attention to the massive threat humankind is facing – climate change. Nowadays the facts are so clear that even the most vocal sceptics cannot create any doubt about our new reality. The warmest 20 years on record have all occurred since 1998, with 2016 being the hottest year ever recorded, according to NASA. This is why people, organizations, and governments need to take urgent action against climate change.

The effects of climate change have already been visible for decades. However, the worst is yet to come. Events like extreme weather conditions, such as abnormally high temperatures, droughts, heavy precipitations and hurricanes, have already affected millions of people and led to extensive economic losses. Our changing climate becomes more visible with each year, and massive catastrophes like the recent forest fires and the past years’ hurricanes will continue to shake our world in unmeasurable ways.

“We are running the most dangerous experiment in history right now, which is to see how much carbon dioxide the atmosphere can handle before there is an environmental catastrophe.” – Elon Musk, CEO of Tesla & SpaceX

Alongside extreme weather events, climate change will force millions of people to migrate and will make areas uninhabitable as natural resources become more scarce and ice caps continue to melt, leading to rising sea levels. In 2017, 68.5 million people had to leave their homes due to extreme weather, marking a record number in human history. Moreover, a Groundswell report estimates that by 2050 over 143 million people will have to migrate due to climate change in Sub-Saharan Africa, South Asia, and Latin America alone.

All these will have a massive impact on food production and access to freshwater. At the moment, 1.6 million people are already struggling with water scarcity and estimations predict this number to double in just two decades. To add to this, the rising population will make the challenge ever harsher as the world’s demand for food increases.

The effects of climate change on human health will prove devastating as heatwaves lead to heart failure, increasing air pollution is linked to asthma and cardiovascular diseases, and harsh weather conditions result in injuries and fatalities. Moreover, infectious diseases like malaria, dengue, and Lyme will continue to rise as the insects responsible for transmitting them thrive in high temperatures, while droughts lead to contaminated waters and deficient sanitation.

All these consequences of climate change will shake the world and armed conflicts will most likely become more common. A study by Nature estimates that climate change had effects on up to 20% of armed conflict risk over the last century and the percentage will presumably arise in the future.

Last but not least, climate change will result in further species extinctions, habitat losses, and species being forced to migrate. The estimations are somber – almost a third of known species (over 25,000) are in danger of disappearing.

But how did we come to this?

The Industrial Revolution was an immense step forward for humanity and helped us develop at an unprecedented pace. However, it was also the moment our biggest challenge started turning its wheels. As humans commenced burning fossil fuels like coal and oil, the levels of CO2 in the atmosphere started going up. As a result, the amount of CO2 increased by almost 50% compared to pre-industrial levels.

Moreover, we started massively cutting our forests to make space for agriculture and industry. This caused the carbon forests have been storing for centuries to be released in the atmosphere. On top of that, the carbon sequestration capacity diminished as trees were replaced by monocultures, farms, and buildings. Out of the 50 million square kilometers of forest Earth had at the beginning of the last century, less than 40 million square kilometers are standing today.

There are multiple causes of climate change and even though the abnormal amount of CO2 is the main one, human activities took their toll on the levels of other important greenhouse gases as well. Moreover, as shrinking ice at the Poles reflect less of the sun’s rays, thawing permafrost releases more CO2 and methane, and forest fires become more common, climate change seems to feed itself rapidly. These feedback loops are leading to a snowball effect that scientists fear will become unstoppable after reaching a certain point.

Rising sea level is another effect of climate change. Since 1993 the global sea level has been rising, on average, by 3,2 millimeters per year. From 2018 to 2019 the average increased to 6,1millimeters per year, which means that the average has doubled. To stop the global sea levels from rising, it is crucial to start sustainable actions against global warming and climate change.

Is this it, then?

As the Science Advisor to UK Prime Minister Tony Blair, Sir David King said, climate change is “the greatest threat facing mankind“. The urgency to act started long ago and is now more important than ever. Understanding this problem and how we can take action against climate change is the responsibility of organizations and people altogether.

As mentioned before, the effects of climate change can prove catastrophic. It is imperative each of us starts taking action both in our everyday lives and through our work. However, the issue is so complex, many people develop climate anxiety when trying to grasp it. The multiple causes, the aforementioned frightening feedback loops, and the global character of this issue make it extremely difficult to comprehend.

People already have countless everyday problems and challenges. Thinking about what seems as the unavoidable doom of humanity adds an immense burden. However, we all need to make efforts towards understanding and mitigating climate change.

“Climate change is the single greatest threat to a sustainable future but, at the same time, addressing the climate challenge presents a golden opportunity to promote prosperity, security and a brighter future for all.” – Ban Ki-Moon, Former Secretary-General of UN

How do we start tackling climate change?

In their 2018 Special Report on Global Warming of 1.5°C (SR15), IPCC shows the ambitious and challenging measures we have to take to limit warming to 1.5˚C above pre-industrial levels. For this, we need to make efforts for net-zero CO2 emissions by 2050. This means a drastic reduction in the usage of fossil fuels and major investments in carbon removal from the atmosphere. Even with these extensive efforts, the effects of 1.5˚C warming will be extreme. However, if we succeed, it will save many lives, species, and ecosystems compared to a 2˚C warming.

Therefore, programs like Science-Based Targets and Klimaguide in Denmark were established in order for organizations to understand and calculate their climate impact. Moreover, companies get to set ambitious targets, which represent steps towards limiting global warming to 1.5˚C compared to pre-industrial levels.

Our kick in the face of climate change

We have been there, trying to find ways to mitigate climate change and feeling overwhelmed by its complexity. That’s why 2030 Builders created a Climate Action module that will help your organization understand climate change and start fighting it by identifying areas of action and set related KPIs. Our module is bringing light to all these perspectives by delivering targeted knowledge to employees about how they should act both in their private and professional lives to reduce CO2 emissions and deliver on the company’s CO2 KPIs.

We have made learning about this daunting issue enjoyable by involving gamification and collaboration all throughout the process. This being said, we invite you to book a free demo and see how we can help your organization fight climate change. Let’s start solving this issue together once and for all, for us and our future generations!

“We are the first generation to feel the effect of climate change and the last generation who can do something about it.” – Barack Obama, Former US President 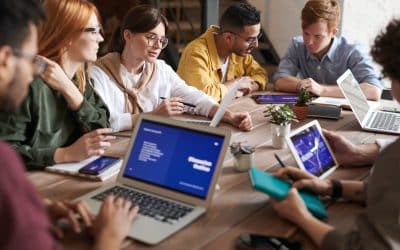 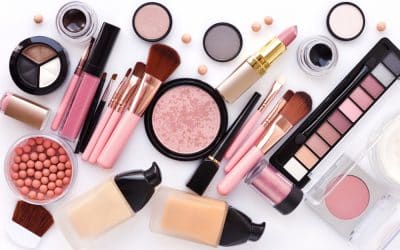 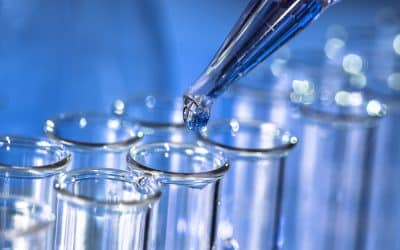